I received a little free product-goodie in the mail recently from a company in Illinois- Country Bob's. 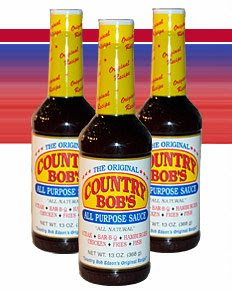 Here's a little snippet from their company's site:

How does anything really good get its start? Where do great products come from? Usually they are the result of much time being exerted and a tremendous amount of love being invested. At that point you can say, "That's mine! I made that." That's the way Country Bob Edson created his All Purpose Sauce.

In 1968 Country Bob perfected the sauce of his dreams. After years of giving the sauce to friends and family he began to sell it in 1977. The reaction was overwhelming just as it is today. Almost everyone who tries Country Bob's All Purpose Sauce becomes a lifelong user. And why not, it is the perfect complement to practically any meal set on your table.

I don't usually buy these sorts of condiments/marinades, but I'm a sucker for a good story about a homegrown business, so I decided to give it a shot. I had been wanting to try some slow-roasted ribs, but a quick-taste of the sauce told me that it might be a tad too sweet to use entirely as the main flavor for ribs. So I chose Hawaaian Bob Burgers instead for my test run.

The pineapple was the draw for me. There isn't anything better than fresh & juicy pineapple in the summertime. I had never had it on a burger before, so here was the chance...

I carved up zillions of pineapples while working catering in college... 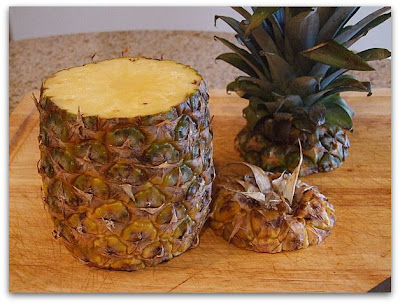 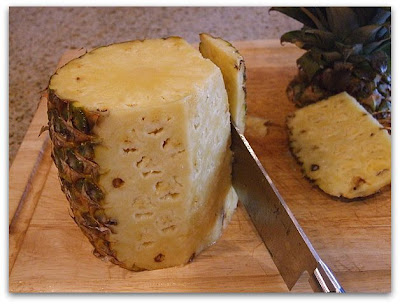 I needed these to be in "rings" for my burgers. Lacking a "pineapple corer," I carved out the core with a long, skinny sharp knife. 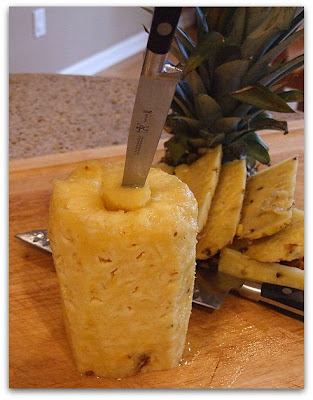 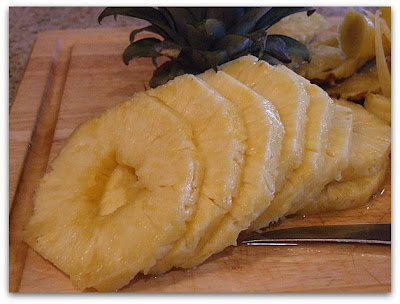 Just like the stuff you find in the can, eh? 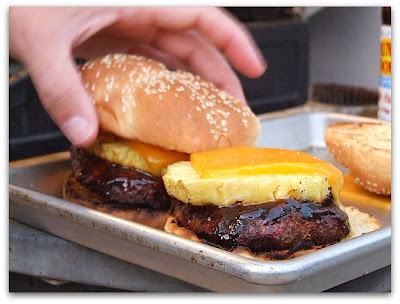 These were simple, simple burgers to make. Nothing special was done to the beef patties... just a little added salt and pepper. After the first flip, the patties were topped with a little bit of Bob's Sauce and then a slice of that fresh pineapple. Cheddar was melted on top and they were good to go. 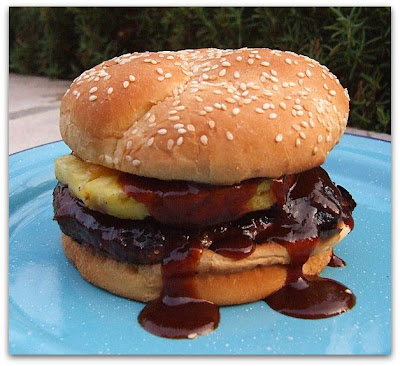 I have to say that we were a bit apprehensive about melting cheddar cheese on top of pineapple. No worries... it was a great combo.

I drizzled a bunch more of Bob's Sauce on mine. The verdict: we were really impressed with the flavor... especially with such a simplistic recipe. The sauce added a welcome flavor to the burger. Kind of like a sweet worcestershire sauce. No additional condiments were needed. I have additional sauce to use up, so I'll be checking out their site to see how else it might be utilized... I'm thinkin' a Baked Beans recipe might be good with this stuff because of its sweet nature.

Happy Labor Day weekend... I hope you're all grilling up some great recipes. If you don't have any Country Bob's Sauce lying around, these burgers would be equally good with bbq sauce or perhaps Heinz 57.

I have lots of great grilling recipes HERE.
RecipeGirl at 7:00 AM

Thanks for hanging out here! Your feedback is much appreciated :)